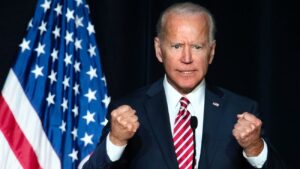 We the undersigned, would like to bring to your attention the grave political situation in Iran under the Islamic regime, which has been endangering peace and stability of the Middle East and the world at large for some time, but now is getting very close to the tipping point!

While the world’s attention on Iran is focusing on formulating a deal to limit the jihadist Islamic regime in pursuing their development of nuclear weapons, the political suppression and abuse of human rights inside Iran has reached a new alarming level.  Imprisonment, torture and murder of opponents of the regime have reached a new peak and the world community is not paying attention to the atrocities being conducted by this regime.  Many administrations have considered the Islamic Republic of Iran a known enemy of the United States.  Multiple administrations have determined that this is the leading sponsor of terrorism which has been the main reasons for the targeted sanctions.  However, no serious actions have been taken to punish this regime and not the Iranian nation (Iranian Calendar 1388, Aban and Day 1398, and all other civil upraising during the past 42 years).  They also neglect the administration’s promise to promote human rights and democracy in its foreign policy.

As a concerned citizen about ongoing human rights abuses in Iran; We respectfully urge you to stand up for the human rights and democratic values in which you believe in all negotiations with the Islamic Republic of Iran.

The Iranian people will remember those who supported them in the achieve freedom and democracy and will not forget those who worked against them by supporting the ruling jihadist dictatorship that has suppressed them for the last 40 years.  A government that uses tactics of terror and systematic arrests, imprisonment, torture and murder against students, journalists, human rights activists, scientists, women who dare not to cover their hair with a scarf, retirees who have lost all their lives savings, and virtually all classes of its citizens, cannot and does not have any legitimacy to govern, or to conduct any negotiations towards peace.  The terrorist and jihadist IRI is such a dictatorship and in fact such a government should not even have a seat representing the oppressed Iranian people in the United Nations.

The explosive political situation in Iran and its terrorist activities in all fronts which is endangering stability of the Middle East, needs to be stopped at its roots.  The most dangerous tool the Islamist regime has in its arsenal is TERRORISM, which is being pursued across the globe.  Therefore, it is to the best interest of the Free World to have a democratic and secular regime in Iran as a genuine partner to negotiate with and establish a sustainable peace in the region.

Dear Sir, The Islamic Republic system of ruling is on the verge of multidimensional ‘collapse’ and appeasing such a state is not in the interests of the American people or our European allies in contrast you must stand with the Iranian nation who are suffering under this regime daily.

It is time to Support the People of Iran and Not the Jihadist Islamic Regime.  Any negotiations, deals or agreements, political or economic, open or secret, with this jihadist regime will only prolong IRI’s power-grip on the nation and is therefore condemned and will be declared rejected by Iranian people in the new democratic Iran